When you’re getting ready to sell your home, you need to consider what you need to spruce up, fix, and replace in order to get top dollar. It’s a given that the buyer is going to make an offer lower than your asking price, so get around this by adding value to the home with new appliances. It seems counterintuitive to put money into a home that you’re selling, but it does pay off. You make your home more appealing to potential buyers and increase the possibility that you’ll get an offer at or near your asking price. Following are three appliances to replace and boost your home’s value. 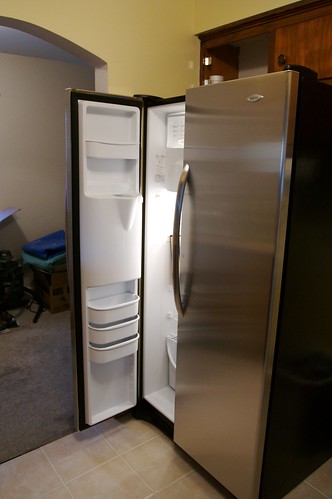 The kitchen revolves around these two essential appliances. If you bought stainless steel when it was popular, you may think you’re ahead of the game. However, it’s important to keep in mind that just because one or both are stainless steel doesn’t mean that they’re going to add value. Many a low-end refrigerator and stove come in stainless steel for appearance’s sake, masking the fact that the internal mechanics aren’t of the highest quality.

Ask a realtor to learn what buyers are looking for in kitchen appliances. You may be surprised to learn that home buyers in your area seek a certain brand or want white appliances instead.

Do you have an older air conditioning unit or furnace? Or is your AC unit a split system instead of a packaged unit? Split systems are older and less efficient than the packaged unit. It may have served you well throughout the years, but buyers look for economy and efficiency in the HVAC systems of homes they buy. They want to save money wherever they can throughout their ownership of the home, and HVAC is one of the biggest expenses.

Upgrading to a packaged unit increases the value of the home due to its energy efficiency. You’re more likely to get the attention of a potential buyer with a newer AC unit than with an older one.

Put in a New Water Heater

If the water heater is only a few years old, you don’t need to install a new one. There’s plenty of life in a newer unit. But in the event the water heater is old and it’s had a few repairs, go ahead and replace it. Sure, it’s still working for you, but a new owner may not be willing to put up with the quirks. Taking out the old unit and putting in a new, trouble-free water heater simply makes sense in this situation. It adds value in the sense that it’s an expense the new owner won’t have to incur shortly after buying your home.

You’ll reap the rewards later with a little investment in your home now. Homebuyers appreciate not having to deal with major costs shortly after buying a home. In turn, they’re willing to go a little higher on the purchase price which benefits you greatly.